Carina came out of the shower and padded over to her nightstand, where her little notebook and a pen sat atop it. What she was looking for was recorded on the first page of her notebook, and she picked up her pen to make a tick near the bottom of the page. The smile she was wearing all day dimmed a little as she looked at the remaining entry:

Among all the items on the list, this was the hardest to do. She had deliberately left this item last to buy herself more time, but she knew that if she didn’t do it, and soon, she’d have no time left at all. Time was something money couldn’t buy, she thought.

You see, Carina was dying from cancer, which started in her lungs. Before diagnosis, she had been coughing for a long time. When she finally got round to checking out the prolonged cough, the doctors found a tumor in her lung, which was malignant. They decided that the best course of action was to remove the tumor, but the tumor was so large they had to remove the whole lung instead. Just when things started to look up, Carina felt pain in other areas of her body, and a re-diagnosis confirmed everyone’s worst fear: the cancer cells had unfortunately also spread to other organs. With this, the doctors told her that she only had about three months to live, and after the initial shock and grief, she had bounced back, wanting to make the most out of her (very) limited life. After a few days of consideration, she had composed a bucket list, and immediately made plans to check all the items off the list. Some were pretty easy, such as “run in the rain”. Some required more planning, money, and care, such as “swim with the dolphins”.

Surpassing the doctors’ expectations of her three-month lifespan, Carina was still alive and kicking at the end of the fourth month, although she was getting significantly weaker.  Despite the frequent trips to the hospital and various conditions which sometimes rendered her breathless or bedridden in pain, she had completed everything on her list within these four months, except the very last item. It was now or never since God had allowed her more time on earth.

Abandoning the notebook and pen on the nightstand, Carina shakily approached her work table and sat down. From the drawer, she pulled out papers, envelopes, and more pens. She carefully selected a colored pen and slid a blank piece of paper in front of her. Then, she began writing.

A letter to each for her family members: her dad; her mum; her three older brothers Orion, Sirius, and Rigel; and her younger sister Vega. A letter each for her three best friends, and a letter for… Someone who hadn’t been in her life for years.

That letter took her a while to write, with her scratching out sentences, adding in new ones, or sometimes starting over altogether, but she managed to finish it. She had been in tears since writing the letters to her family, and by now her eyes stung. Her family was her everything, the first people she had a connection with, and it hurt her to know that they, in turn, would be hurt when she was gone. At least they saw her graduate; she supposed that was better than nothing, and she was grateful for every minute she spent with them. She had always been sentimental, and writing that last letter was especially difficult since it caused memories to resurface; memories she had always tried to keep at bay. Mentally shaking herself free from all the thoughts and emotions that engulfed her, she wiped her tears away and took a deep breath to steady herself. There, all done. Her lips curled up slightly with a ghost of a smile as she looked down at the completed letters; her envelopes of love that would go out to people she treasured the most.

After she completed those letters, she got weaker day by day. It was as if she only held on for so long to complete this final item on her bucket list. Carina was confined to the bed regularly, unable to muster the strength to even write in her notebook for more than a few minutes at a time, much less leave the bed. Mere days after the letters were written, Carina breathed her last, never to awaken again. It was a small comfort to both Carina and her family that they stayed with her till the very end. Carina never told anyone about the letters, trusting that someone would eventually find them while going through her things. True enough, Vega, being the closest to Carina, found the letters and distributed them accordingly.

The funeral was equal parts horrible and relieving. It was horrible that a life was taken away at the young age of 24, but  a relief because Carina was no longer suffering. The person who had been absent from Carina’s life finally made his presence, with tears streaming down his face the entire time. Carina’s family was on good terms with him, but they too, had not seen him or spoken to him in years. Vega was the only person from Carina’s family who knew him almost as well as Carina herself. While Carina’s parents and brothers nodded at him from a distance, Vega went over to him. It was she, after all, who sent that letter to him.

As she approached him, he choked out two words. “I’m sorry.”

Vega could only shake her head and give a little sad smile.

From his pocket, he pulled out Carina’s letter with hands that trembled slightly. “Read it,” he said.

Wordlessly, Vega took the letter from him and read it silently.

When you read this, I will be long gone. Or maybe not so long gone. It depends on how fast Vega finds this letter and decides that it’s worth her trouble to send it to you. I know she will actually. Thanks Vega. Anyway.

On and on it went, till finally,

“I have never forgotten about you all these years. Even though we hadn’t been talking, rarely a day goes by without me thinking about you. Believe me, I tried hard to forget you, but it was futile as your face kept popping up in my mind. Smiling. Laughing. I wish I didn’t have to say you were the one that got away.

‘Carina’ may be one of the brightest stars in the universe, but you were my brightest star. I know you don’t do the whole reading thing, but I’d love for you to have my most recent notebook. It should be on my nightstand. Again, Vega would know.

Well, goodbye for now. I’ll see you when I see you. And J? Be happy. I love you, always.

With all my love,

Vega had cried at some point while reading the letter, and her voice shook a little as she said, “Come on. You can get the notebook by yourself. I know which one it is. Wait a while. I’ll let dad and mum know I’ll be taking your car home.”

The car ride was silent. Both Jae and Vega were lost in their thoughts, swirling with memories of Carina. Jae especially was having a hard time trying to take it all in, as he had loved Carina for a long time, and suddenly she was gone. Permanently. Now that she was gone, things he didn’t even know he wanted to tell her rushed to the front of his mind and heart, drowning him in grief and sorrow. Why hadn’t he reached out to Carina sooner? Full of regret, he drove to Carina’s on autopilot and sniffled occasionally, as Vega stared unseeingly out the window. When they reached Carina’s house, Jae hesitated at the entrance, like he was unsure what to do with himself, and looked at Vega. Vega squeezed his arm and nodded in silent support. He nodded back and let Vega lead the way to Carina’s room.

Vega opened Carina’s room door, and Jae instantly felt like he was transported back in time. It was in this very room he had spent countless hours with Carina, watching movies, listening to music, she watching him draw… Once upon a time they both had thought they would always be creating together; Jae excelled at visuals, while Carina had a knack for words. Together, they produced conceptualized artwork pieces, planning to go full-time with it. They had even come up with a name for their little project at the time: Star-Crossed. Jae’s breath caught in his chest as Carina’s room seemingly summoned the ghosts of memories past, flashing before his mind’s eye like a slideshow. Fresh tears came to his eyes again, and Vega silently handed him a tissue because she too, was crying, and had a packet of tissues ready.

“Here.” Vega had picked up a dull-looking book and was now holding it out to Jae.

“Thanks.” Jae took it from her, but made no move to open it.

“Just… Let me know if you need anything.” Vega left the room and closed the door behind her, leaving Jae alone in cavernous silence.

Only then did Jae open the book. As he flipped through the pages, he discovered that this was Carina’s diary of sorts. Her happiest, saddest, angriest, most hysterical moments were recorded in this book, and he noticed that his name did crop up quite frequently. He found her bucket list and read through it.

“Looks like you managed everything as usual, Carina. You couldn’t leave stuff unfinished.” He laughed through his tears as he realized he was speaking to thin air.

Then, he turned the page. Attached to it was a small slip of paper, glued on by the looks of it. The paper looked old, and it was dated seven years ago. There was writing on the paper, but it was difficult to read because it was somewhat faded. Jae reached out and switched on the lamp sitting on Carina’s bedside table to make out the blurry writing:

I want to marry you someday, J.

That was Carina’s handwriting.

That was his reply.

The end of the bucket list, he realized, was this. A second realization came swiftly; Carina never got to complete her bucket list.  Jae slid weakly to the ground, leaning against Carina’s bed, and dropped his head into his hands. This time, there was no coming back. Carina, once the brightest star in his life, had burned out, leaving him in darkness. 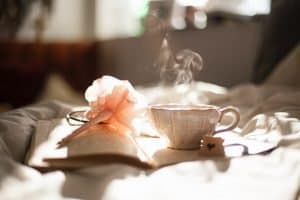 Self-Help Journey with These 5 Books

What a year 2020 had been! It was a rollercoaster ride, mixed 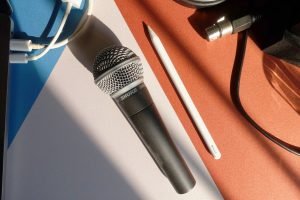 What is Slam Poetry?

Have you always been curious about slam poetry? How does one perform 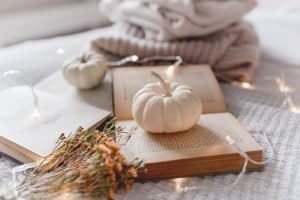